Our leaders have the experience, agility, and courage to transform the company. 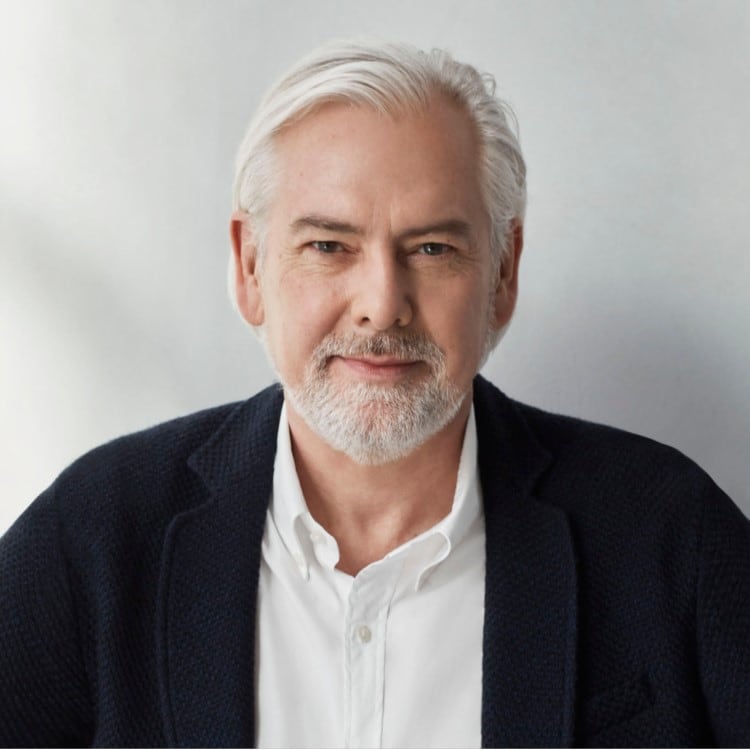 Mr. Olczak was appointed Chief Executive Officer of Philip Morris International (PMI) in May 2021. Prior to this appointment, he served as PMI’s Chief Operating Officer from January 2018, having formerly been Chief Financial Officer, beginning in August 2012. Mr. Olczak is committed to delivering PMI’s smoke-free future and expanding the company’s product portfolio beyond nicotine. He has been a key driver of the company’s commercial transformation, turning a primarily business-to-business company into an increasingly business-to-consumer company.

Throughout his nearly three-decade career with PMI, Mr. Olczak has established deep institutional and industry knowledge and awareness of PMI’s products, systems, and values—as well as a comprehensive understanding of the regulatory environment in which PMI operates. Mr. Olczak began his career with PMI in 1993. He started in finance and general management positions across Europe, including as Managing Director of PMI’s markets in Poland and Germany and as President of the European Union Region, before being appointed Chief Financial Officer in 2012.

Prior to joining PMI, Mr. Olczak worked for BDO Binder. Mr. Olczak holds a master’s degree in economics from the University of Lodz, Poland. 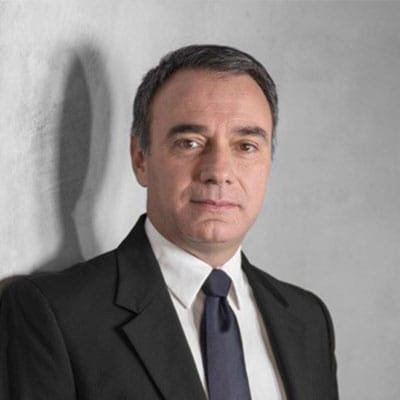 Prior to joining PMI, Mr. Andolina held a variety of international positions in strategic marketing and general management for Tetra Pak International and in operations for R.J. Reynolds International. Mr. Andolina holds a degree in mechanical engineering from the University of Palermo, Italy, and an MBA from IMD in Lausanne, Switzerland. 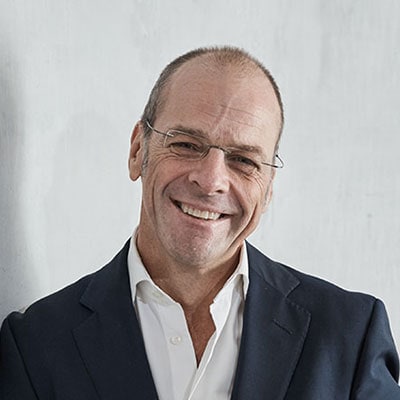 From 1997 until 2009, Mr. Azinovic held a variety of positions at Altadis and, after the acquisition of Altadis in 2008, at Imperial Tobacco. Previously, Mr. Azinovic had worked at Procter & Gamble. Mr. Azinovic received a law degree from the University of Alcalá in Spain, and an MBA from Saint Louis University in Missouri U.S. 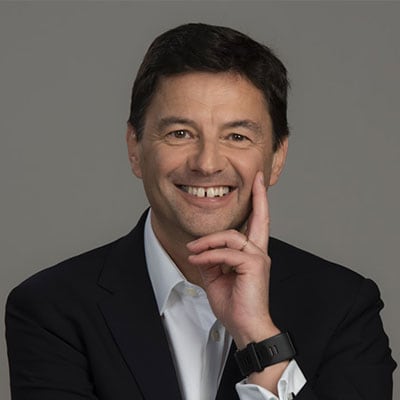 From 1993 to 2009, he worked at Pernod Ricard. Having started at the company as an Internal Auditor, he subsequently moved through several executive positions, both locally in France and abroad. As Chief Financial Officer and Group Deputy Managing Director, Mr. Babeau supervised Finance, Information Systems and Industry Administration. He had initially started his career at Arthur Andersen in 1990. 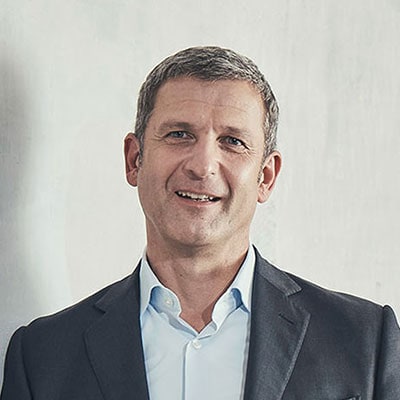 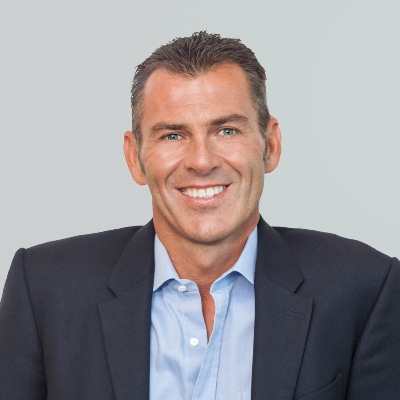 In 2012, he was named Vice President, Human Resources Asia, a position he held until December 2016, and then Senior Vice President, Human Resources. Mr. Bendotti holds a master’s degree in International Relations, Economy, and Law from the Graduate Institute of International & Development Studies in Geneva, Switzerland, and an Executive MBA from HEC Paris. 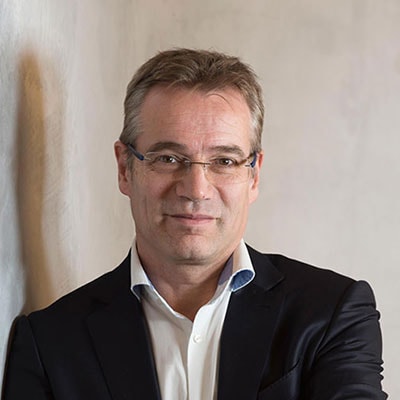 Between 1998 and 2001, Mr. de Rooij worked as Regional Treasurer for the Philip Morris Eastern European region. He then held various positions in PMI’s Group Treasury from 2002 to 2013, before he became Director, Treasury and Corporate Finance. Mr. de Rooij holds a degree in Business Economics from the University of Breda (H.E.A.O.), The Netherlands. 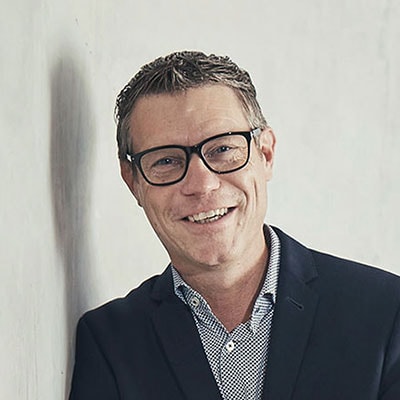 Prior to joining PMI, Mr. de Wilde worked at Colgate Palmolive, Belgium from 1991 to 1992 as Regional Sales Manager. Mr. de Wilde holds a degree in Economics from the Université Libre de Bruxelles and a master's degree in Management from the Vrije Universiteit Brussel. 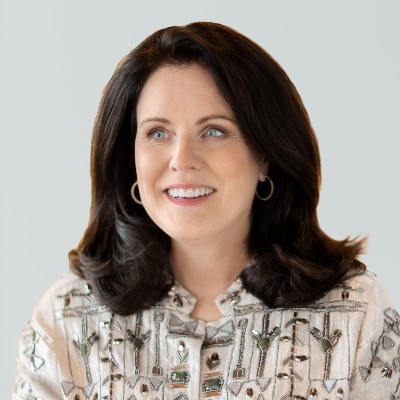 A veteran general counsel and governance leader, she has broad experience leading organizations through transformations and restructurings. Previously, as General Counsel, Chief Compliance Officer, and SVP of Government Affairs and Global Public Policy at U.S. Steel, Ms. Folsom spearheaded the successful fair trade campaign to reinvigorate the steel industry and oversaw the company’s legal, compliance, and labor relations groups, in addition to leading the operational performance of the company’s real estate division.

At AIG, she played a critical role in the company’s response to the financial crisis as Chief Regulatory and Compliance Officer and Deputy General Counsel. Earlier, Ms. Folsom was Counselor to the President and Director of Institutional Integrity at the World Bank; served as the General Counsel who drove transformation at ACADEMI post-scandal; was the private secretary to the Queen of the Hashemite Kingdom of Jordan; and held key roles with more than one U.S. presidential first family.

The recipient of multiple awards for legal and governance contributions, Ms. Folsom was named a Top 50 General Counsel by The National Law Journal and received the U.K.-based Women in Compliance 2020 Lifetime Achievement Award. She has also been recognized for her unwavering commitment to diversity and inclusion. Ms. Folsom holds degrees from Georgetown University Law Center and Duke University and has served on both private and public company boards. 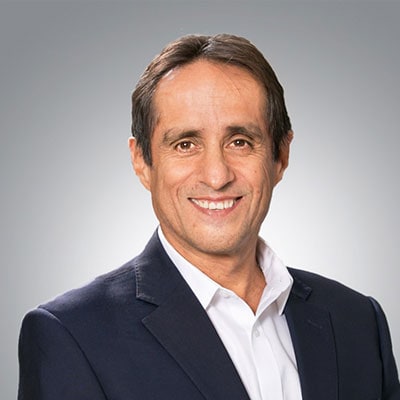 He joined Novartis Consumer Health as Senior Vice President Research and Development and then moved to lead Novartis Neurology and Ophthalmology Development Franchises. Dr. Insuasty has directed the development of numerous innovative breakthrough medicines in immunology, neurology, cardiovascular and metabolism, oncology, ophthalmology and rare diseases. Dr. Insuasty received his MD from Université de Paris and began his career as a hospital cardiologist in France. 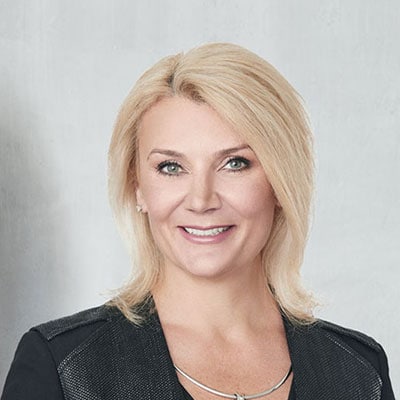 Ms. Kennedy became President, South & Southeast Asia Region in January 2018. Ms. Kennedy began her career with Philip Morris USA in 1995 as a Territory Sales Manager. She held a number of positions of increasing responsibility in the sales organization until becoming Vice President, Sales, Southeast Region in Atlanta in 2006.

In 2010, Ms. Kennedy joined PMI’s Operations Center in Lausanne as Vice President, Sales Strategy, and in April 2013 Area Vice President, Southeast Europe. Ms. Kennedy served as Managing Director for Germany, Austria, Croatia, and Slovenia from 2015 until her current appointment. Ms. Kennedy received a bachelor's degree in Sociology and Cultural Anthropology from Randolph College in the United States, and an Executive MBA from IMD in Lausanne, Switzerland. 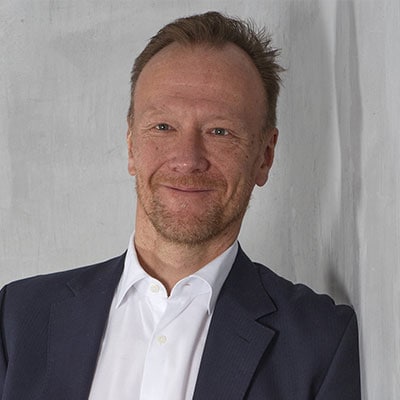 Mr. Kunst became Senior Vice President Commercialization in November 2021. Before joining Philip Morris International as Senior Vice President, Commercial Transformation in January 2019, Mr. Kunst was a Senior Partner of consulting firm Bain & Company in Munich since 2009. He was leading Bain’s Healthcare Practice in EMEA and has worked with a broad set of clients on issues of growth strategy, commercial capability building, change management and organizational effectiveness.

Before his tenure at Bain & Company, Mr. Kunst was a partner at Monitor Company from 1998 to 2009. He served as Head of Planning and Reporting at Arcor from 1996 to 1998. Mr. Kunst holds a Master of Business Administration Degree from European Business School in Oestrich-Winkel in Germany. He has studied both in Europe and the USA. In early 2003, he became Director, Finance and Information Systems for our Worldwide Duty Free business, based in Switzerland, followed by an assignment in our Latin American Region as Director, Finance, Mexico from 2005 to 2008. Mr. Kurali was then appointed Vice President of Finance for our Latin America & Canada Region, a position he held until 2012, and was Vice President, Finance to our Asia Region until 2014. Mr. Kurali holds a degree in Business Administration as Diplom Kaufmann from the University of Mannheim, Germany. 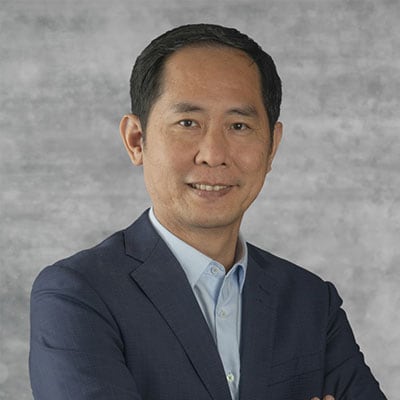 Mr. Li became Chief Product Officer in August 2019. Before joining PMI, Mr. Li spent nearly a decade at HARMAN International in Shenzhen in China, where he progressed through several roles as general manager and vice president for various functions in consumer product development and operations.

He had started his career as a software engineer for Brother International Corporate in 1996, and worked in various engineering positions in the technology sector in the U.S. until 2004. In 2004, Mr. Li went back to China to join Philips Consumer Electronics. After two years as a manager at Philips Consumer Electronics, Mr. Li served as CEO of HongEn Education from 2006 to 2009. In his role as PMI’s Chief Product Officer, he is responsible for the development of our innovative smoke-free product pipeline and related technology strategies, continuous improvement and extensions of existing platforms and the manufacturing of our electronic devices.

Mr. Li has a bachelor's degree in Engineering from Tsinghua University. He also holds a master’s degree in Computer Science from Colorado State University, as well as an MBA from Kellogg-HKUST Executive MBA. 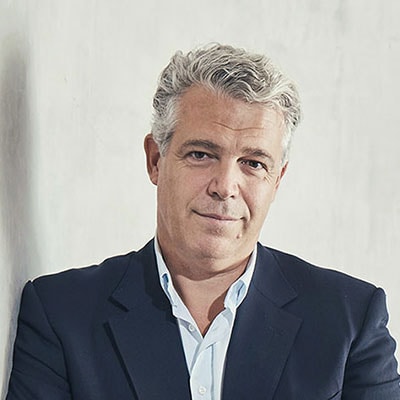 Mr. Mariotti became President, Eastern Europe Region in January 2018. Since joining PMI in 1997, Mr. Mariotti has held numerous leadership roles in Argentina and across Europe. He started in business development for the European Union Region and moved to Italy in 2001 as Director, Finance and then Director, Corporate Affairs. Mr. Masseroli received a bachelor’s degree from the Torcuato di Tella University in Buenos Aires, Argentina, and master’s degree in Business Administration from the University of California at Berkeley. 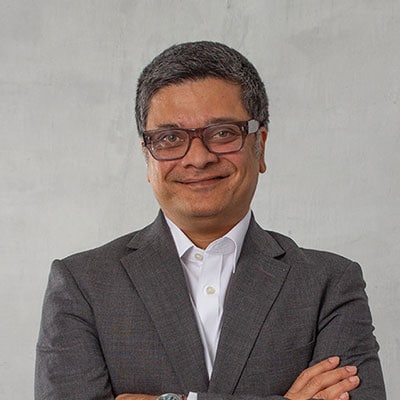 Prior to Centerbridge, Mr. Mishra was a Partner at McKinsey & Co in London and part of their Consumer Goods, Retail and Operations leadership teams from 2001 to 2014, supporting clients in the FMCG, retail and private equity industries on commercial and operational transformations.

Mr. Mishra started his career as a marketing professional with Procter & Gamble in 1996, and then spent four years at Accenture's strategy practice in India and Eastern Europe prior to joining McKinsey. Mr. Mishra holds an undergraduate degree in Computer Science from BITS Pilani, India, and an MBA from the Indian Institute of Management, Lucknow, India. 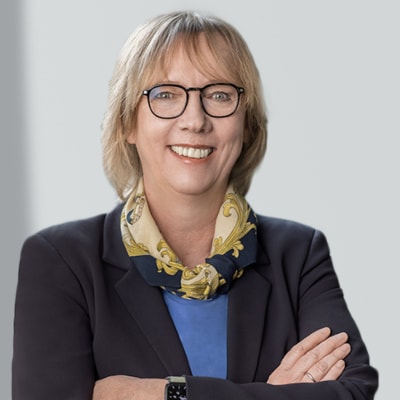 Ms. Muenster became Chief Diversity Officer in March 2020. Ms. Muenster joined PMI in 2011 as Director, Market and Consumer Research before being appointed Vice President, Market Research in 2012, a position she held until her current appointment.

Prior to PMI, Ms. Muenster spent 12 years in leading research roles at The Coca-Cola Company, four years at Apollinaris & Schweppes and four years at Marbert Kosmetik. Ms. Muenster began her career at Research International and holds a degree in Mathematics from Ruhr University, Bochum in Germany. 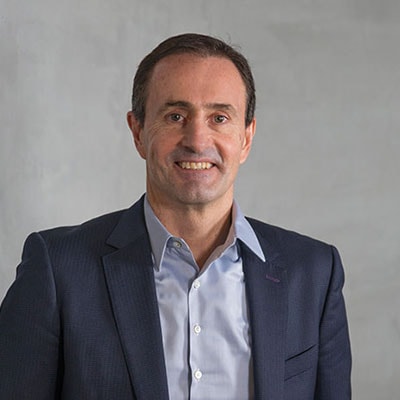 Over the following two decades, he held a number of positions in Australia, Hong Kong, and Japan, before being named Managing Director, Serbia & Montenegro in 2010. 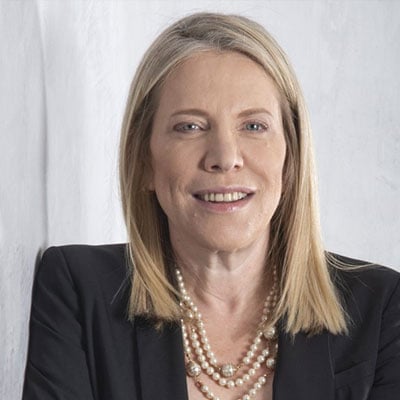 Prior to joining Philip Morris International, Ms. Salzman headed Havas PR North America since 2009. She first held the position of President and then became Havas PR’s Chief Executive Officer in 2011. She co-created and chaired the Global Collective, the Havas PR operation across several continents.

Ms. Salzman was Chief Marketing Officer at PR firm Porter Novelli from 2008 to 2009, CMO at JWT Worldwide from 2005 to 2008, and Executive Vice President and Chief Strategy Officer at Euro RSCG Worldwide (Havas) from 2001 to 2004.

In the early 1990s, she co-founded CyberDialogue, where she pioneered the use of online focus groups for social research. Ms. Salzman holds a degree in sociology and graduated with honors from Brown University. 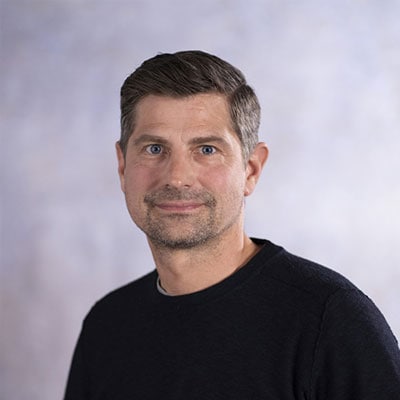 Before joining PMI, he worked for Adidas from 2011 to 2018. There, he first served as Vice President, Group Functions and Head of Enterprise Architecture and went on to become Senior Vice President, IT Sales. Since 2015, Mr. Voegele served as Global Chief Information Officer, and was appointed to the core leadership team in January 2017. In this role, he initiated the digital transformation of Adidas and reshaped the IT Organization and Strategy, making it more consumer centric and supportive of innovation throughout the company.

Prior to his tenure at Adidas, he spent more than a decade at SAP from 2000 to 2011. Mr. Voegele holds an engineering degree from Universität Karlsruhe in Germany. 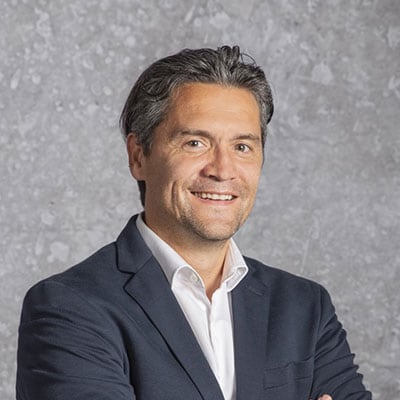 Prior to this position, he was Group International Policy Director at Vodafone from 2014 to 2019. In this role, he built up a new team focusing on enabling the company with integrated regulatory strategies, and oversaw the coordination of policy, lobbying, antitrust, compliance, and other activities while supporting markets in Europe, Africa and Asia. He was European policy director at Electricité De France (EDF) between 2011 and 2014. He served as Deputy Head of Cabinet for the President of France from 2008 to 2011.

Mr. Verdeaux held several positions at the United Nations from 2005 to 2008. He served as Europe and Legal adviser to the French Minister of Foreign Affairs from 2004 to 2005. Prior to this position, he was a Cabinet adviser at the European Commission since 2001. He was Administrator of the French Senate between 1998 and 2000, and adviser to the French Minister for European Affairs from 1995 to 1997. Mr. Verdeaux holds degrees from Université d’Auvergne, University of Oklahoma, and Sciences Po. 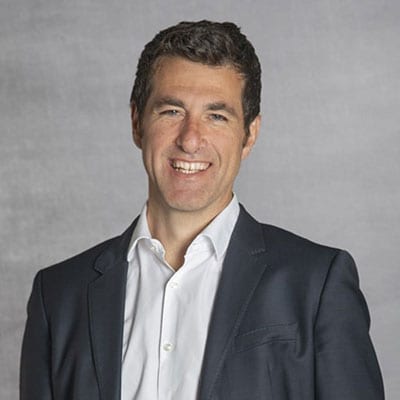 In 2013, he became Vice President for a multi-functional, global business unit at P&G. He is an experienced marketeer with broad experience in commercial roles as well, having obtained a winning track record with consumers in both developed and developing markets.